Prince is an Epic card that can be obtained at Arena 7, the Royal Arena

Once charges, Prince deals a lot of damage and can defend against strong attacks, but it’s so weak against swarm units because he can be distracted easily.

Keep reading to know more about this card and decks to use with it.

The 6 decks that work with the prince 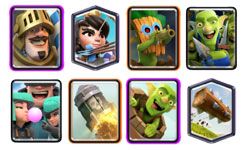 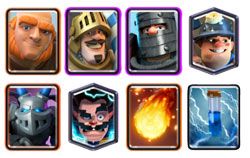 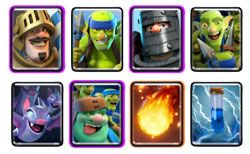 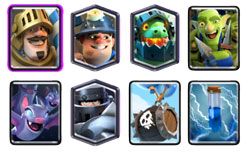 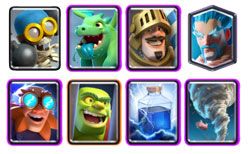 How to play with Prince

Here I’m showing you some tips about this card.

The Best Decks with Lumberjack

The Lumberjack is a Legendary card that costs 4 Elixir and can be unlocked from Serenity Peak (Arena 14). It is a unique card as it drops a Rage Spell once he dies, causing the […]

The Elite Barbarians, one of the most hated cards in the game due to its power and “non-skill”. It’s a Common card obtainable on Hog Mountain (Arena 10) which costs 6 Elixir. Played as defense, […]

The Mother Witch is a game-changer card. It has the ability to spawn a Hog from a dead troop if it has been previously attacked by her. It’s a Legendary Card that costs 4 elixirs […]