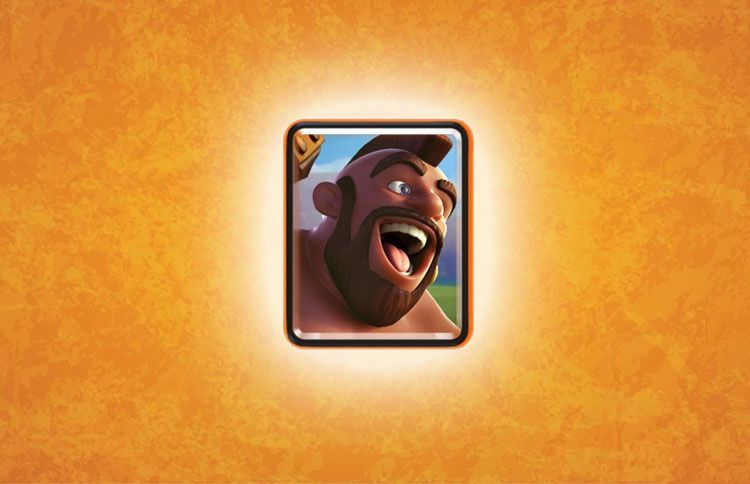 The Hog Rider is one of the best win conditions in the game. It’s a rare card that costs 4 Elixir, a very fast melee troop that targets buildings.

This card is usually paired with low-elixir cards to make it cycle very fast. Today you’ll see the best hog rider decks of 2021.

Here’s the TOP 10 best Hog Rider deck, be ready to copy your favorite one and destroy the Arena with it. 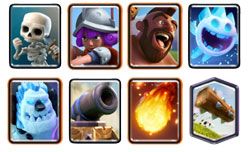 This is a classic, one of the best decks in the game that has been at the top since the very beginning of this game. Lack of air defense compensated with a fast cycle and strong attacks.

To succeed with this deck, you need to understand the cycle and try to count the enemy’s elixir and cards in hand to out-cycle and punish it for not having a proper defense.

Your attack consists of using the Ice Golem as a mini-tank for the Hog Rider, simple as that. Ice Spirit and Skeletons are used to cycle to a certain card, it doesn’t need to be the Hog Rider, as later on in the game, you can just win it by cycling spells at the enemy’s tower.

Also, it’s very Free-to-play friendly as only has The Log as a Legendary card (which can be used with less level). 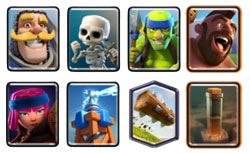 This is also a fast cycle deck even if it’s more expensive than the 2.6 cycle deck. This one has doesn’t have that lack of air defense and also has Earthquake to destroy enemy buildings.

In this case, I’d recommend you to use Hog Rider by himself, not using the Knight to tank for it as the Knight doesn’t target only buildings as the Ice Golem.

In Double-Triple Elixir, you have to cycle earthquakes at the enemy’s tower every time you have it or gives you some kind of value (if they add a card near it).

Complicated deck to master, but one of the best Hog Rider decks in the game (if not the best as has finished some times TOP 1 in Ladder).

Executioner and Tornado is a deadly combination in defense, also adding the splash damage of the Valkyrie makes this deck a great option to push trophies.

In Double Elixir, every time the opponent uses a troop of 3+ elixir near its Tower, use the Rocket to kill it and get damage in it. 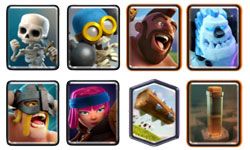 Strong AoE defense with bomber and Firecracker. Great cycle with cheaper cards like Skeleton’s and small spells, but lack of air defense as the Firecracker is your only card and it dies from Arrows.

Use Elite Barbarians in defense and counterattack with them.

This is an expensive Elixir deck for being a Hog Rider one. Good defense and strong counter-push. The most complicated matchups are Beatdown decks.

Try to start your attacks from behind, yes you can use the Hog Rider at the river to see the enemy’s defenses but this deck is a counter-push deck, the key is to defend and attack afterward.

Strong deck but complicated to play. If the enemy has Arrows, you’ll have a hard time defending its attacks. Try to pressure him with Hog Rider plus some bait cards and then defend properly.

The Mortar can be used offensively and defensively. 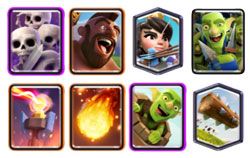 The key of this deck is to have the maximum amount of Princess alive, and not use them to Bait for the Goblin Barrel, on contrary, the Goblin Barrel should be used to make your opponent use its small spell and make the Princess survive.

This deck has a powerful defense with the Zap/Log bait cards. The worst matchups are enemies with Lightning + Arrows/Log.

This is a high-skill deck. Complicated to defend air as both of your cards die from small spells. The Rocket has to be used on defense almost all times and the Ice Golem is key to defend the Mini Pekka from dying and also to kite.

Besides that, use Hog Rider when you have an elixir advantage or make your opponent use its defenses and out-cycle it later. 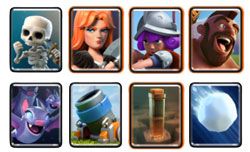 Great defense with Musketeer + Valkyrie + Mortar that can stop almost any attack from the enemy. You’ll struggle with Sparky decks as you don’t have any reset spell or troops like Zap or Electro Wizard.

The Mortar is also a good option to use offensively when they cannot respond to it. Be sure to know the opponent’s cards in hand to do that. 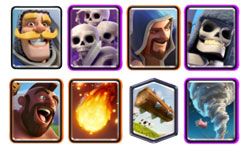 Good defensive deck due to the combination of Wizard + Tornado or Giant Skeleton bomb + Tornado.

For more information about this deck, check out the post about Best Giant Skeleton decks. 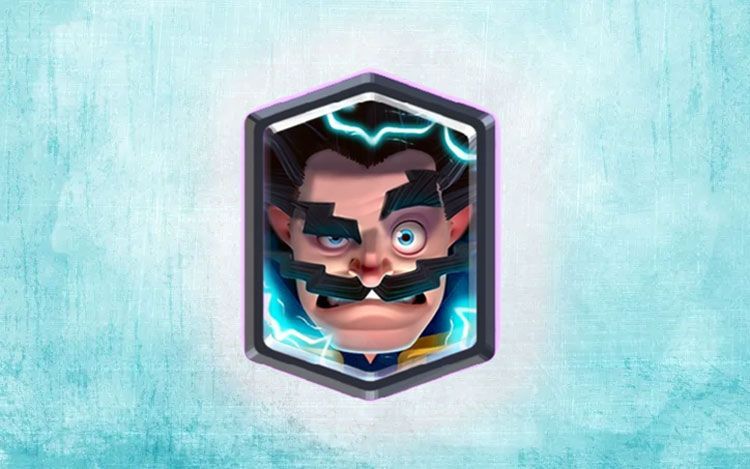 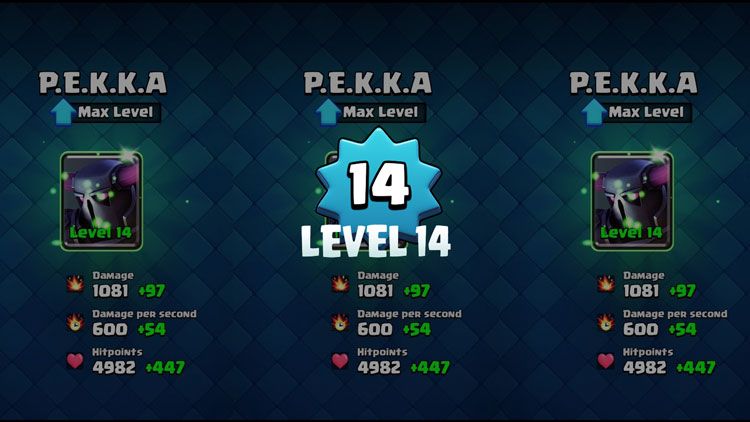 How to level up quickly in clash royale? 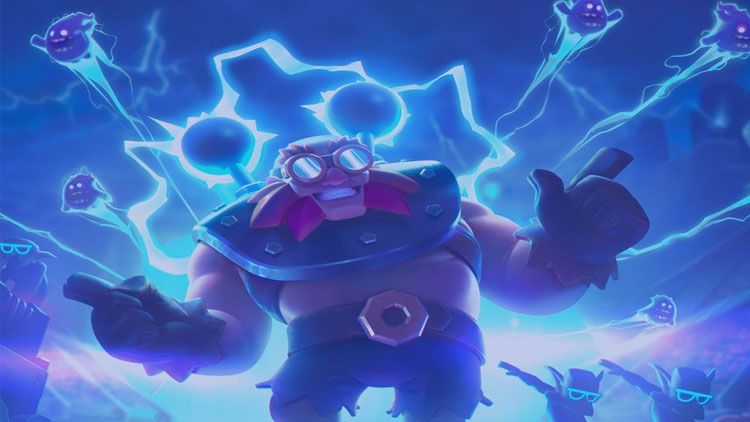 How to play Clash Royale on your computer? Guide to install it 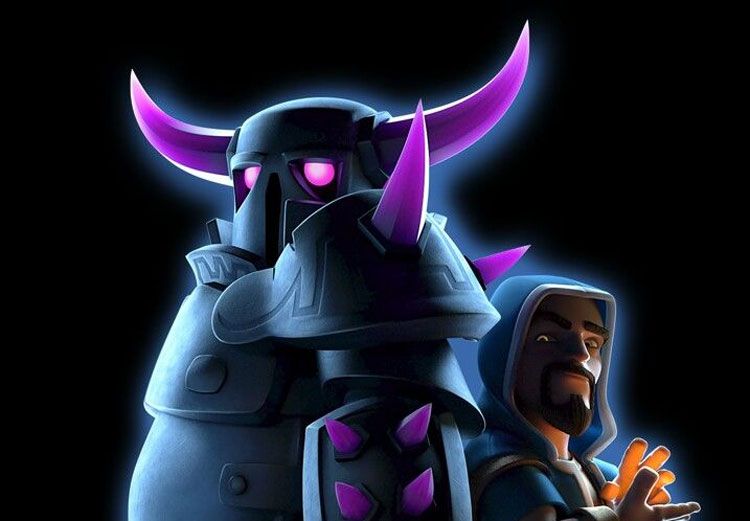 How to improve and win your games in Clash Royale

How to play Clash Royale on your computer? Guide to install it

Best Lavaloon Decks An Air Deck with a lot of potential!

How to improve and win your games in Clash Royale

The 2.6 Deck with the Hog rider Learn how to use it!