Roblox is, at the moment, one of the main game development platforms. The platform has more than 40 million games, mostly developed by users of the same platform. It is a breeding ground for aspiring developers.

As a result, the platform features a plethora of titles ranging from eccentric puzzlers to fun rip-offs of popular titles. Even if you’re not on Halloween, this doesn’t mean you can’t enjoy good horror games at other times of the year.

Horror games have been an extensive genre in the world of video games, and it is not surprising that on this platform you can find dozens of games belonging to this world. Some are Roblox versions of various popular titles, but each one is more fun than the last.

This is an obvious mention in this list. This game bears a striking similarity to the recently released ghost hunting game, Phasmophobia, a video game that has already become a huge phenomenon and has even dominated Twitch for a while.

This is basically a survival horror game with investigation elements. Although it features the brick-based graphics of Roblox, this one can be quite scary. If scares are your thing, this is the game for you.

A Wolf or Other

This great game from Otter Space is a version of the classic Murder Mystery game, but with a unique twist.

Players are randomly selected to be innocents, hunters, or werewolves. The job with the innocents is to try to stay alive, the hunter is armed with a crossbow and is tasked with taking down the werewolf. The werewolf’s goal is, of course, to kill everyone.

Zombie Attack, by Wenlocktoad vs Indra, is a zombie survival game in which teams of players have to fend off increasingly tougher hordes of zombies. As you progress, you can earn experience points and unlock new weapons to make the job of killing zombies a little easier.

There are different types of zombies to fight with different abilities and every now and then there will be a boss battle that presents a major challenge. As an interesting twist, if you get killed, you can respawn as one of the zombies, which makes it even more challenging for your teammates.

This game from Logitech101 is clearly inspired by Call of Duty’s zombie mode and does a great job of creating an exciting game.

The premise is simple: A group of survivors needs to hold off waves of zombies and last as long as possible. As you kill zombies or repair barricades, you earn points that can be spent on better weapons or removing obstacles blocking the map.

As expected, the first few waves are fairly easy, but things soon get much harder and require teamwork to survive. Occasionally, a zombie will drop a power-up that will benefit the whole team and could provide additional ammo, instant kills at short notice, or other advantages.

Next, we will talk about Bear Alpha of Cheedaman. Before we start, we must warn you that if you decide to play it, you must take into account that it is in alpha phase and it is not complete.

Bear Alpha is a game for 10 players, one of them plays as Bear and the others play the role of survivors. Bear’s goal is to kill the survivors in 5 minutes and the survivors have to limit themselves to survive.

Bear moves a little faster than the survivors, which gives him a slight advantage, but the survivors have a limited amount of runs available to get them out of difficult situations.

The levels are very spooky and dimly lit. This, combined with the excellent soundtrack makes the game really eerie. Even if there wasn’t a killer bear chasing you, the environments themselves are enough to make your hair stand on end.

Alone in a Dark House

It is designed by iTamago and is a super creepy murder mystery story. You play the role of a police detective trying to solve the case of a murdered young man. The game takes place in a dark house and you must solve various puzzles to solve the mystery.

The lighting and sound are very atmospheric and it is best that you play the game using headphones and in a dark room to get the full effect.

The Horror Elevator by MrBoxz is a weird and wonderful game of the elevator genre within Roblox. The elevator will stop at random floors and each floor will offer a different horror scenario. Almost every scenario will try to kill you, so be on your guard!

Granny by GabStudio is a version of the classic murder mystery game set in the world of the game Granny. One player is randomly chosen to play the role of Granny, while the remaining players must stay alive until the time runs out.

The player who assumes the role of Granny has to kill the other players before time runs out. 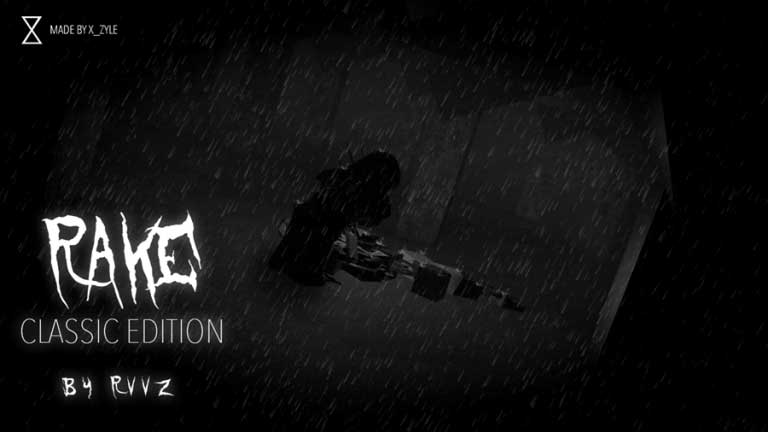 Your main objective here is to find and discover the person who started it all and survive until dawn. While this may seem easy, the trail is somewhere in the dark and is bent on tearing you limb from limb.

The Rake’s lighting and sound are very atmospheric and will have your heart pounding in no time.

Before the Dawn Redux

Developed by Before the Dawn Official, this game is one more of the survival genre. Depending on the level you have chosen, your objective could be to repair a truck to escape or a generator to provide light.

There are many traps around the maps and you will find yourself very nervous in your attempts to traverse the map. Not only is the map itself trying to kill you, there are also many nasty creatures with murder on their mind.

It is an extremely flashy-looking game and possibly one of the most detailed games Roblox has ever seen. This game also has a fairly detailed story and has you searching for a friend in an insane asylum.

You will explore this area, find clues and unravel a major mystery. If you are looking for an overall quality experience with high definition graphics, lots of detail, and a good story, this is an excellent option to try.

It is a horror game in which players can explore a large apartment building. You make your way through several floors, either alone or with a friend. There are lots of strange noises, mysterious figures, and startles on every level. The higher you get, the creepier the plot becomes.